Surely, it has never been forgotten. Just the opposite: it has the decisive voice in hair care. Castor oil is like a VIP among hair products if you want to treat your thinning weak hair which no longer grows. If you think you need some exotic substances, like amla, brahmi or bhringraj, to stop hair loss, you’re wrong. Castor oil will get your hair care to a higher level. Check why everyone speaks about Nanoil Castor Oil and uses it not just for hair but for full body care, including face, skin and nails. 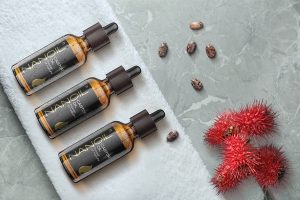 Castor has been the leading hair, lash and brow conditioning substance for ages. We seem to have forgotten about it a bit which is wrong. The oil extracted from the seeds of the beautiful red castor plant is one of the most unique oils. With this ingredient, you’re about to get some remarklable hair benefits which partly results from the one-of-its-kind set of fatty acids and molecular structure of castor oil. Ricinoleic acid is an exceptional substance and one of the most effective anti-hair loss and growth-boosting agents. Castor oil also holds vitamins in doses that are sufficient for nourishing skin, nails and hair follicles. Besides, it’s the only oil the structure of which is similar to human keratin. All that means successful care. On the other hand, is this enough to top amla..?

What to use for hair growth? Castor vs amla

Amla is extremely popular in Asia where it’s treated like castor oil in other world corners. We might say that Indian gooseberry, which amla is extracted from, is for Indian women like castor oil for the Europeans: long known, tried and tested, natural and effective hair growth booster and anti-hair loss ingredient. The oil has the same purpose, similar way of application, and they both don’t leave our wallets ruined. At what point do they start to differ? There are a couple of things that set them apart and make one top the other. You can see some at once whereas others come obvious after application.

1. COLOR. Castor oil has a yellowish or amber color which is typical of natural oils. Amla is a green substance macerated in other natural oil, usually in coconut oil because it’s the cheapest and doesn’t go rancid fast so it extends the product’s durability. At the same time, this means that amla receives the properties of coconut oil which isn’t suitable for all hair types and likes to trigger frizz. The green amla hue tends to mean trouble for blondes and dark blondes: regular use of amla changes hair color (turns it yellowish). Castor oil is safer and milder.

2. FRAGRANCE. Castor oil smells different than other oils; it has a nice and characteristic castor smell. On the other hand, amla oil has a really unpleasant aroma, strong and lingering on hair long.

3. EFFECT. Castor oil repairs both hair follicles and the entire hair stem whereas amla focuses on scalp and the roots, skipping the hair.

4. APPLICATION. Amla is runny and has properties of liquids. Castor oil is one of the thickest beauty oils. It seems logical that both uses and application differ.

5. USES. Castor oil has a variety of uses and doesn’t work only as hair oil treatment; it treats eyelashes, eyebrows, face, nails and body. Amla oil is green (unsuitable for skin) and very watery (tricky application): above all, it’s a scalp care product which effectively fulfils this role; however, it’s hard to apply it to hair lengths so you mostly use it on the roots. This comparison clearly tells that castor oil has more to offer for both hair and skin. What are the effects of systematic castor oil hair treatment?

Which castor oil is the best? 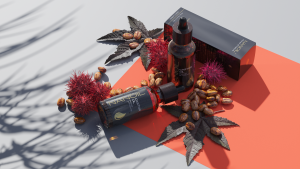 The quality matters a lot when you choose the best oil. Beauty oil, top quality, Ecocert label, unrefined, cold pressed – that is what you should look for. The highest standards are fulfilled by Nanoil castor oil: 100% pure, free from additives, parabens, preservatives, etc. The finest-quality and confirmed effectiveness, found among top recommendations.

The best castor oil Nanoil: get to know it better

Nanoil gets really great opinions and not just as a remedy for thinning hair. This castor oil works effectively for full body care, brilliantly enhancing face and body skin, as well as nails. Many of us had castor oil recommended for eyelashes and eyebrows to strengthen them, upgrade the color, accelerate regrowth, deliver nutrients. According to opinions, Nanoil castor oil is the best beauty oil having extraordinary composition (it preserves all precious active ingredients) and qualities (works for all hair and skin types).

Nanoil castor oil. What else does it offer?

It is a hair expert but has much more to offer. It’s one of the most popular makeup-removing  and face-cleansing oils. Nanoil castor oil turns out to be one of key oils used for oil cleansing method, leaving skin super smooth, hydrated, firm, bouncy and fully clean. At the same time, it strengthens lashes and brows. The effects come quickly which makes us wanna use it even more.